This year’s exhibition features works shaded in octarine, the colour of magic and the pigment of the imagination! 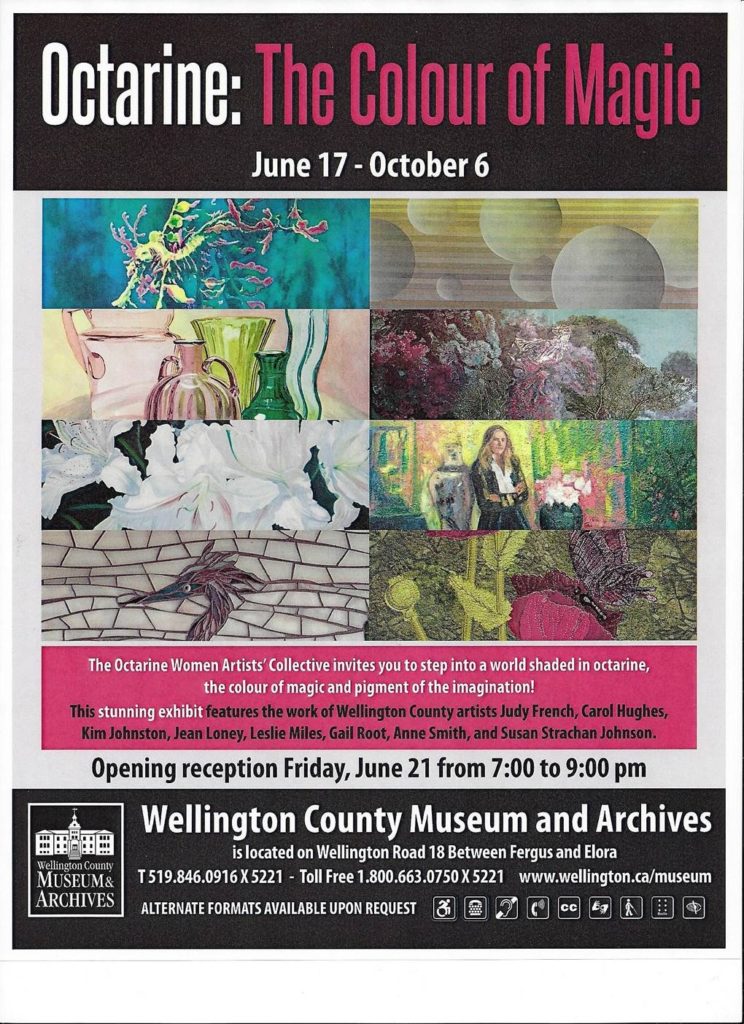 The show is a collection of celebratory images of Canada, revealing an exuberant use of colour and a love for landscape.  The styles range from realism to abstraction, and reflect the different ways each artist honours the peace, the openness, and the freedoms of this country. 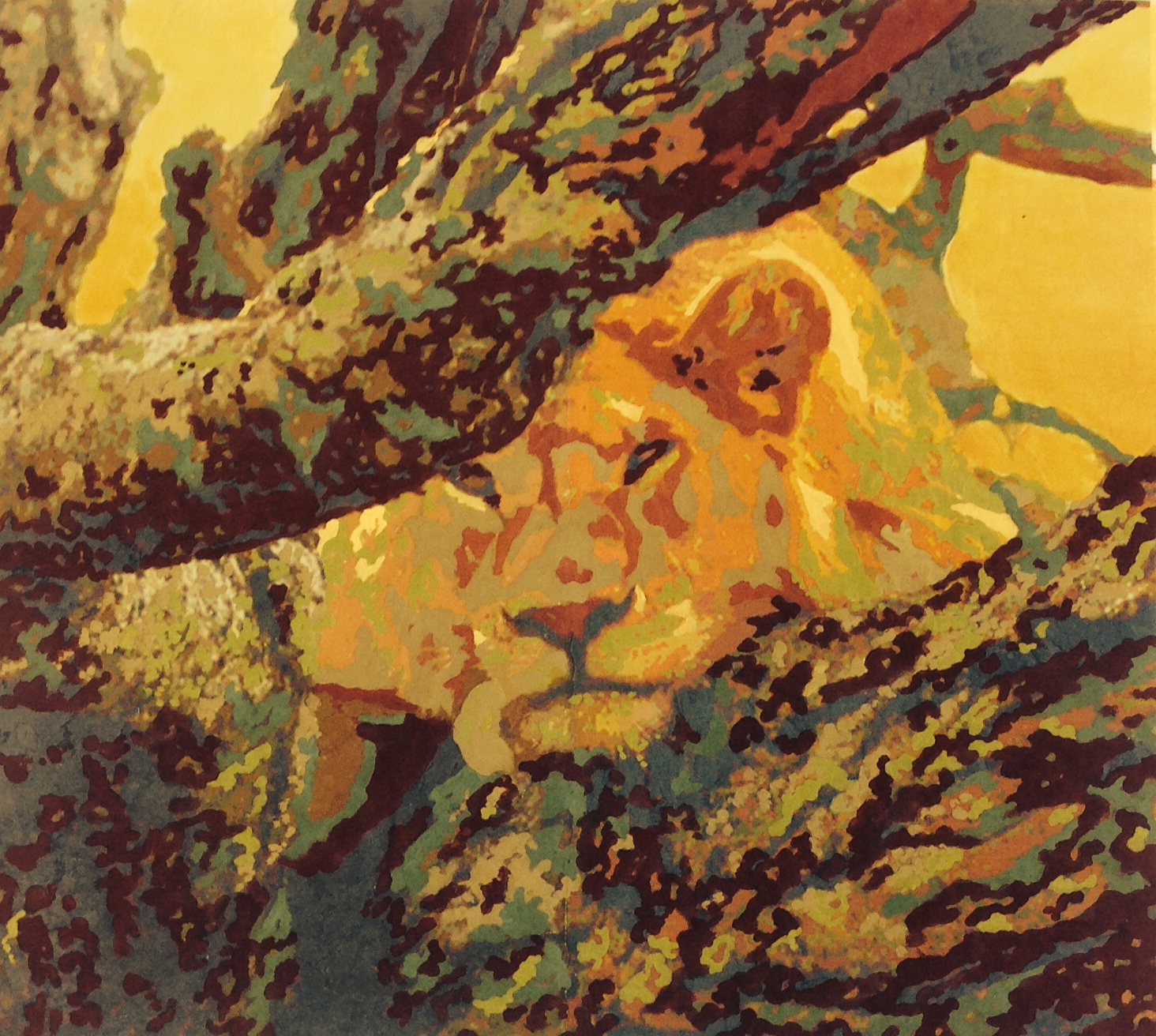 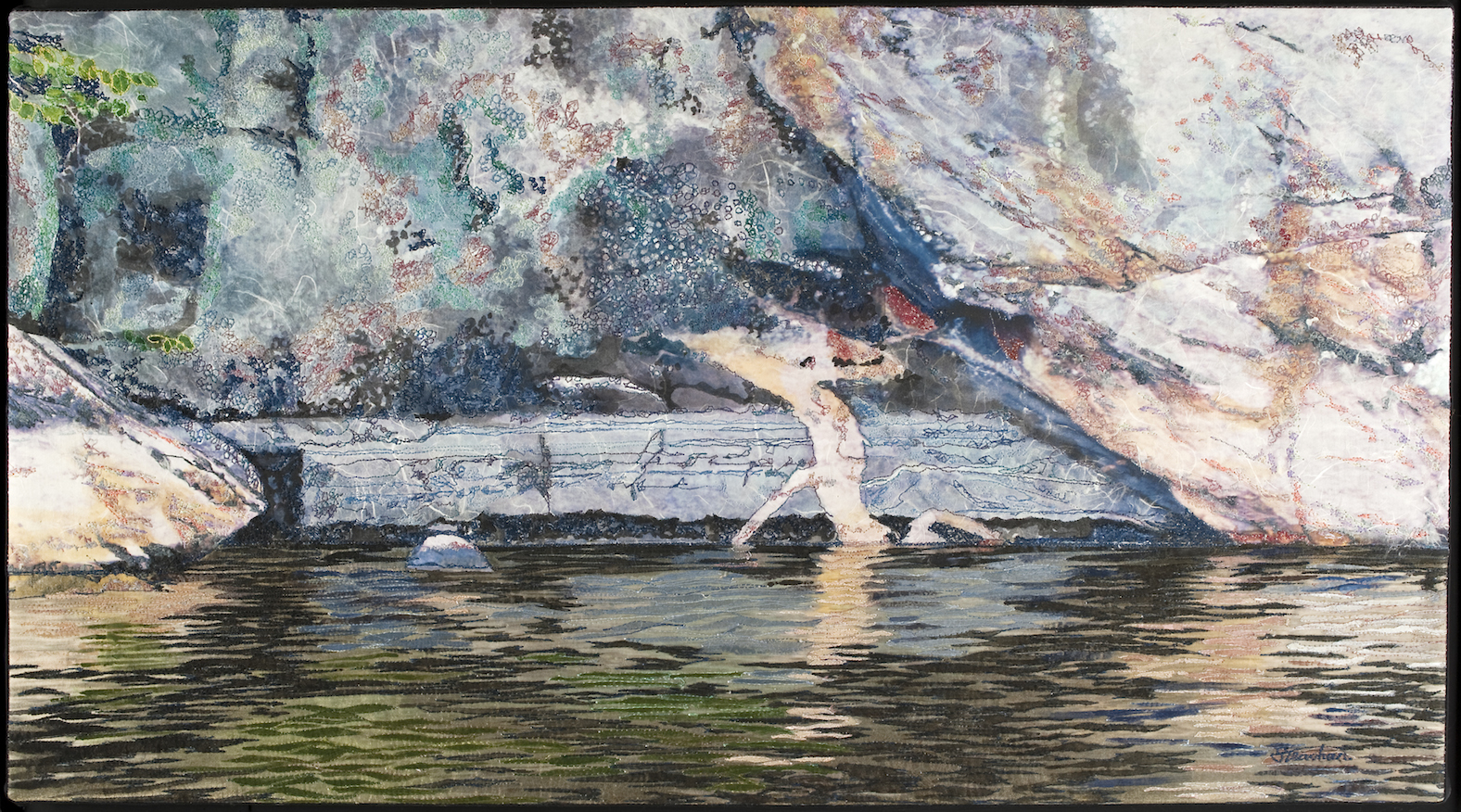 Susan studied Philosophy and History of Art at Leeds University (BA Hons), and Design and Craft with the City & Guilds Institute of London (Level 3 Diploma).  Having been a painter all her life, she has also worked in fibre art since 2003. Among many other juried shows, she has shown by invitation at the 2003 Biennale in Florence, Threadworks 2004 and 2007, and the Grand National Quilt Show in 2004, 2005, 2006, 2007 and 2013. Awards include Best in Show in Threadworks 2004, the Fibre Art award at Insights (2006), and the Rebecca Burghardt Emerging Artist Award at Touched by Fire (2008).

Susan teaches workshops in fibre art techniques throughout Southern Ontario, and also offers private instruction in her studio, though her popular “Play for a Day” getaways. In addition to working in fibre, Susan accepts mural and church commissions, and paints portraits in watercolour and other media from photographs.

My work is inspired by nature and the landscape around my home: I am an avid environmentalist. I work with distressed fibres, paper-and-textile combinations, and found objects; I also paint and dye my own materials. Recently my work has been increasingly realistic, and I have focused more on line and colour than stitch. Increasingly I am happy to just observe things; I often use shadows of myself to reinforce my role as a watcher, seeking not only to portray my surroundings, but also to comment upon them. 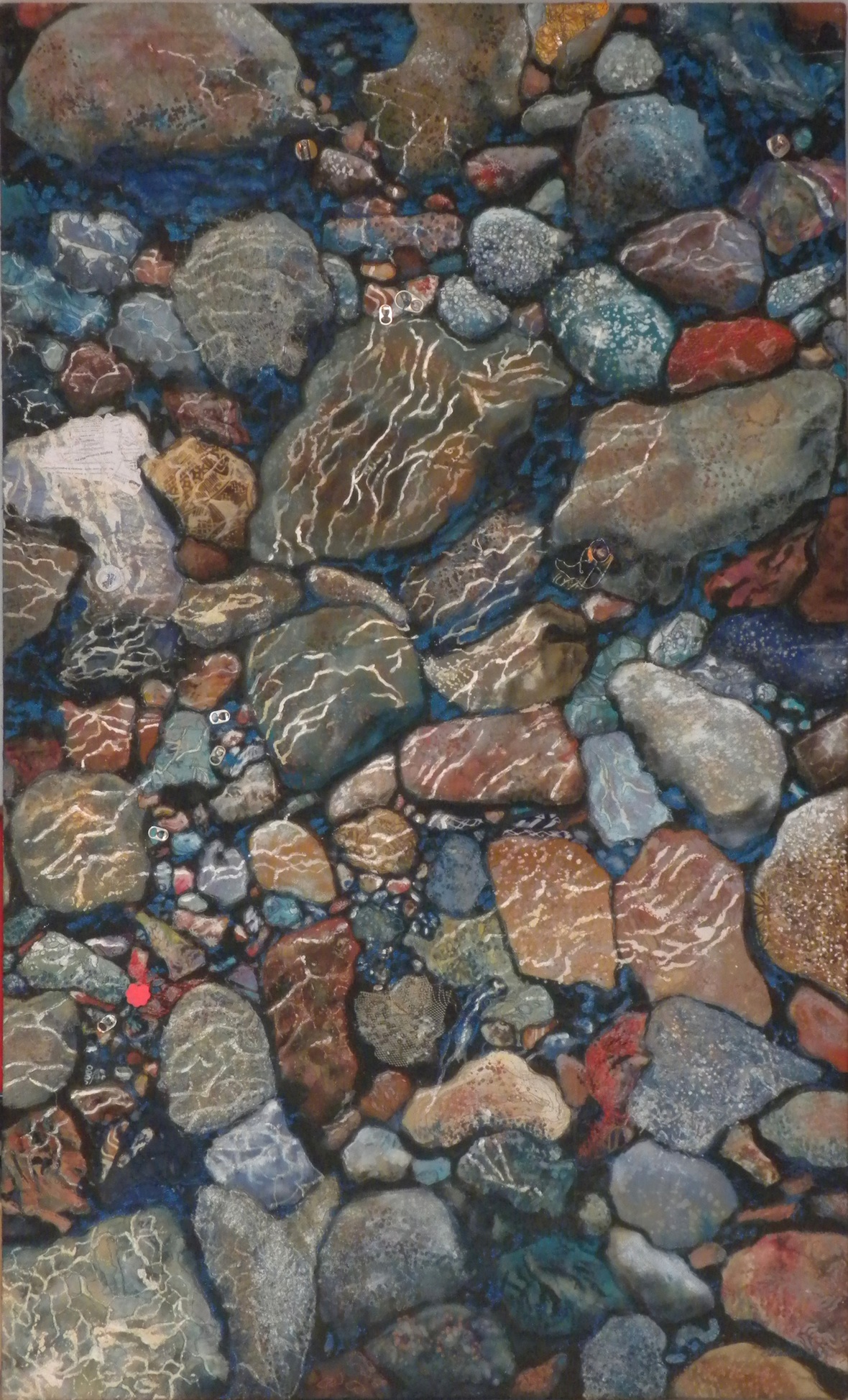 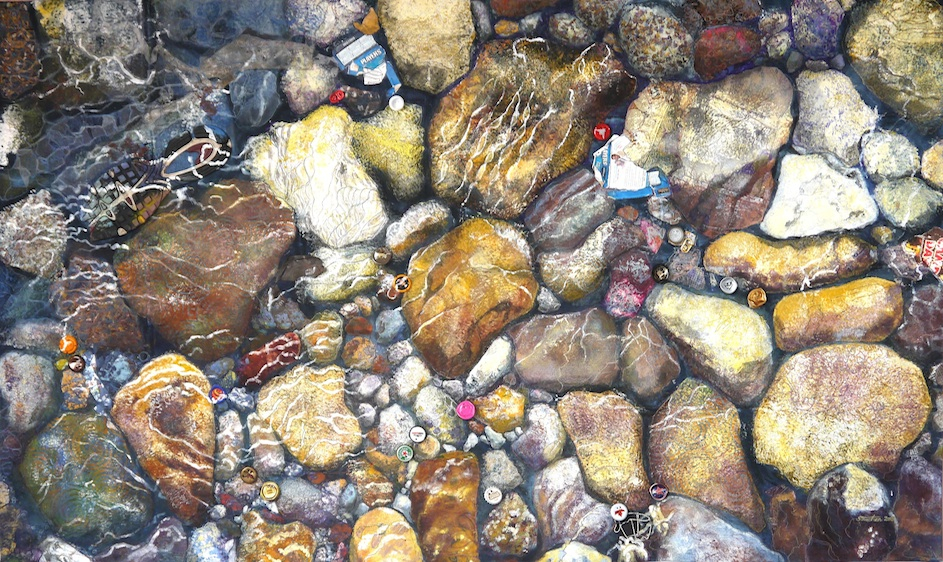 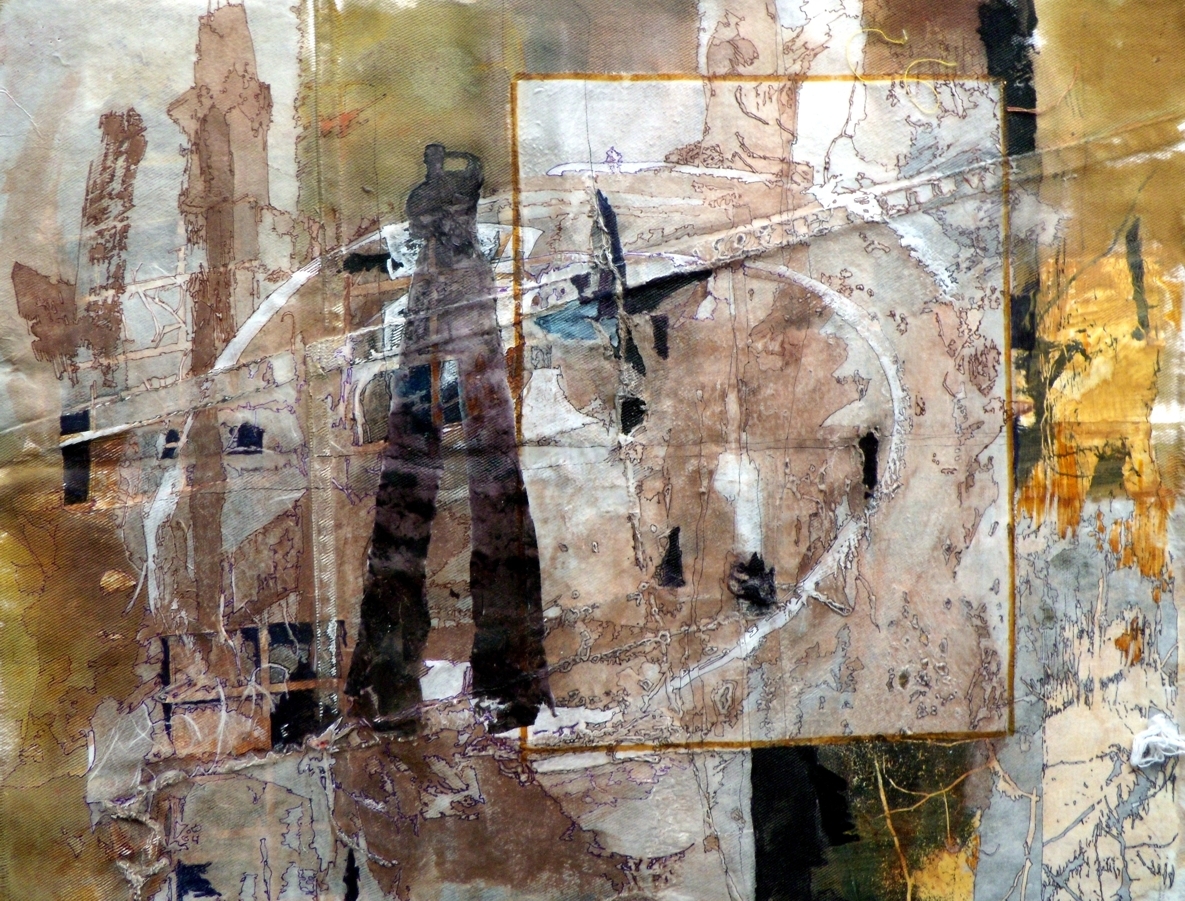 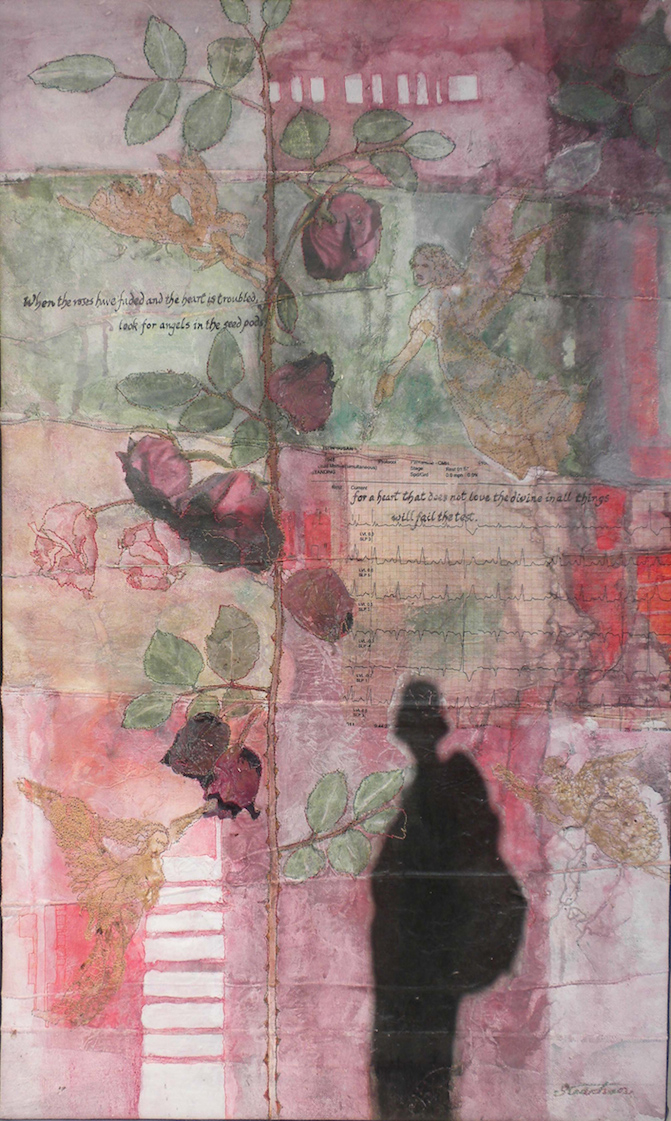 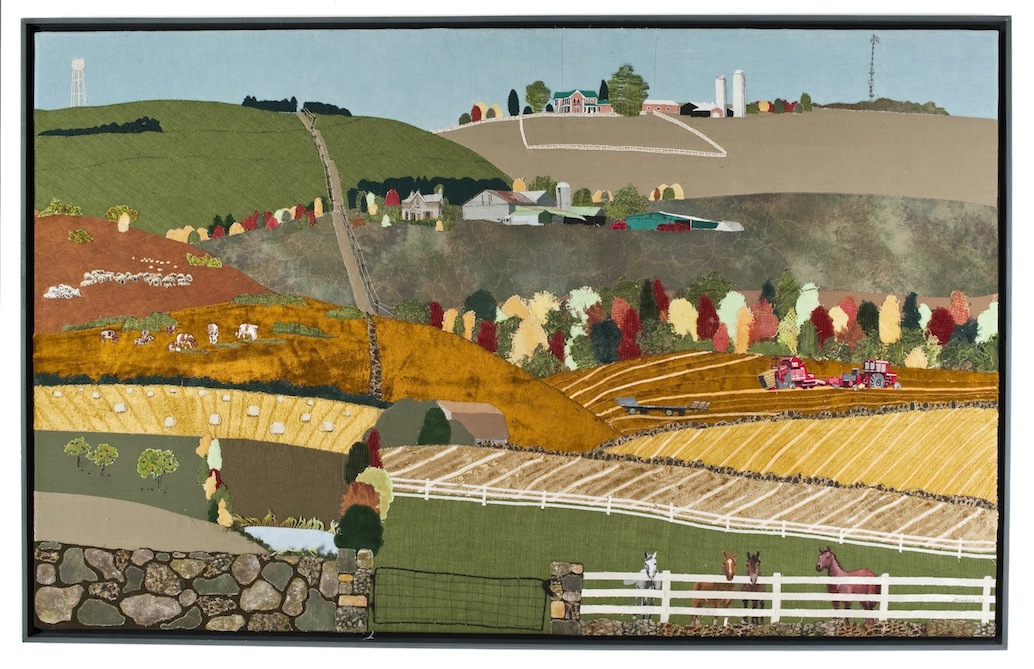 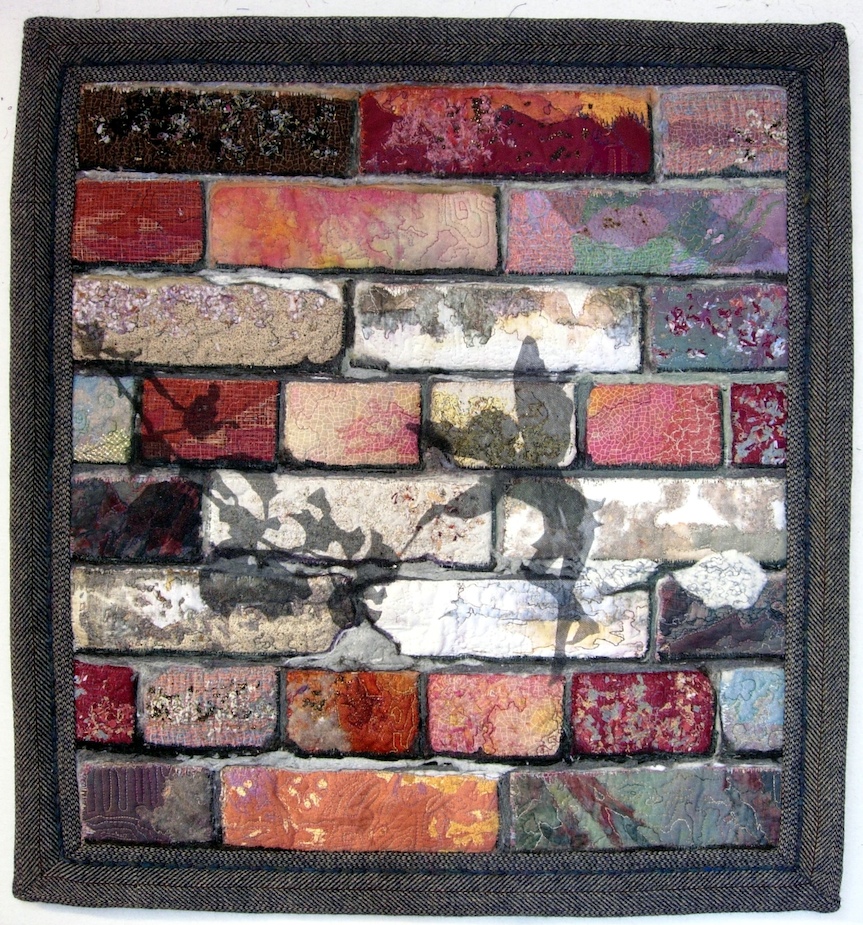